You can go to the Pixie Cove site from here.
Pixie Cove 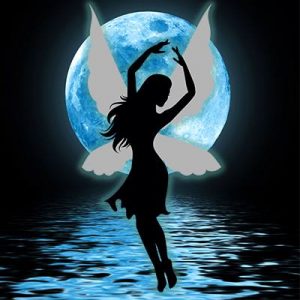 is a site linked through Meglearner. Before you Order, You may be wondering “Is Pixie Cove Legit?” And we can tell you, YES WE ARE REAL. We have been in operation since November 2015 and have served over 30,000 customers to date!!  Pixie Cove launched on 3 November 2015, as part of the Meg Learner company (www.meglearner.com). This site was started by a mother (Meg) and daughter (Emma) team who originate from the Emerald Isle. The business started with us simply sourcing and selling to friends and acquaintances, but once we realized others might be interested we decided to launch online and we have since expanded our range to include boutique-type fashion and footwear from selected suppliers.

An Old Welsh Story (in English)

Once upon a time an old blacksmith lived in an old forge at Craig-y-don, and he used to drink a great deal too much beer. One night he was coming home from an alehouse very tipsy, and as he got near a small stream a lot of little men suddenly sprang up from the rocks, and one of them, who seemed to be older than the rest, came up to him, and said, “If you don’t alter your ways of living you’ll die soon; but if you behave better and become a better man you’ll find it will be to your benefit,” and they all disappeared as quickly as they had come.

The old blacksmith thought a good deal about what the fairies had told him, and he left off drinking, and became a sober, steady man. One day, a few months after meeting the little people, a strange man brought a horse to be shod. Nobody knew either the horse or the man. The old blacksmith tied the horse to a hole in the lip of a cauldron (used for the purpose of cooling his hot iron) that he had built in some masonry.

When he had tied the horse up he went to shoe the off hind-leg, but directly he touched the horse the spirited animal started back with a bound, and dragged the cauldron from the masonry, and then it broke the halter and ran away out of the forge, and was never seen again: neither the horse nor its master.

When the old blacksmith came to pull down the masonry to rebuild it, he found three brass kettles full of money.

Any cookies that may not be particularly necessary for the website to function and is used specifically to collect user personal data via analytics, ads, other embedded contents are termed as non-necessary cookies. It is mandatory to procure user consent prior to running these cookies on your website.